With the ARC Accelerator in full swing, Morven Fraser-Walther and Chris Fellingham from the Research Commercialisation Community of Practice dive into the difference, and similarities, between social ventures and social science. 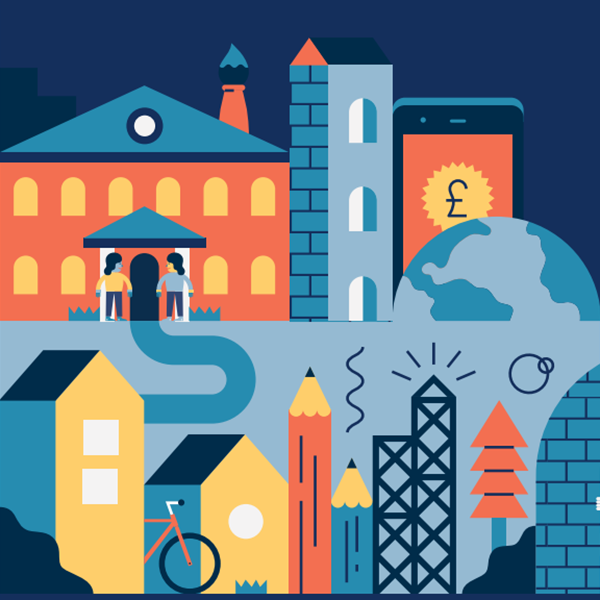 The more well understood are social ventures, in particular those whose social mission is based on research, which we can term rooted ventures. Universities, like Oxford, are seeing an ever growing number of these ventures emerge as researchers seek to leverage the impact of their research with a venture. Social Science ventures are also emerging from universities such as SOPHIA at Oxford and more broadly as part of the ARC Accelerator, the world’s first accelerator for social science research. With both emerging the two are being used interchangeably with some confusion.

Are social science ventures the same as social ventures?

Do all social science ventures have to be social ventures too?

Spoiler alert, no and no.

Let’s start with a simple definition. At Oxford University Innovation we define a social venture as a company whose mission and purpose (formalised in the company’s articles) is of a social or environmental goal, and any profit is redistributed back into the company for that purpose. Goals could include; tackling poverty, or domestic violence or providing medical support. As the goals suggest, social ventures can come from all corners, and in universities, from every research discipline, fromacross medical science to humanities.

Just as one might stretch the definition of a science venture, so can that of a social science venture be stretched;, Roubini Global economics is informed by Nouriel Roubini’s economic research into financial markets. Social science undoubtedly contributes to formation of products and services,  such as systems change approaches to identify social interventions, and builds  ventures around them. But these aren’t core to the product or services. So while many things can be social science, a social science venture is specific.

So is there any link between the two? Yes, quite a bit. Combining ARC accelerator and the University of Oxford’s social science spinouts and pipeline provides a data set of around 40 ventures or venture ideas and we can estimate that just over half ~60% of social science ventures will also be social ventures.

What does that mean? the project SOPHIA provides a good example:

Why is this so?  There are two strong hypotheses for this (1) the nature of social science research that can become a social science venture and (2) the motivations of researchers in general.

In the first instance, a lot of social science research especially that which can form a venture – tends to be fairly applied. Theories are less likely to form the basis of a venture but applications of those theories – in education, in international development for example – can be. A lot of the applications are solutions to social or economic problems – especially in key areas (environment, education, social policy, international development, health) so a social venture is the logical choice as the core purpose allies to the research.

The second lies in researcher motivations, in my experience most researchers do not want to profit themselves or have their research be profited from, a social venture is then the ideal vehicle because any profit it does make is directly channeled back into the social purpose.

What about those that are social science ventures but not social ventures? Plenty of social science ventures are not social ventures, that doesn’t of course mean they aren’t solving real problems or improving society or the economy. Typical ventures in this space solve problems for businesses such as algorithms for marketing, or trade and strategy advice. Social ventures are a very specific pathway that dictates how a company operates (such as recycling profit), how governance is designed and operates, what finance they can access  and even who they can work with.

Social science ventures and social ventures are distinct. Yet distinct as these are, it’s inconceivable that the strong overlap seen in the early pioneers from across UK universities will not endure. The key of any venture is what it enables, for social science researchers – having both options gives them more flexibility to pick the best vehicle for maximising the insights of their research.