We spoke with Lucy Jenkins from the University of Cardiff to learn more about the MFL Student Mentoring project helping to encourage more children to study international languages beyond GCSE level.

This project profile is part of the Aspect Research Commercialisation (ARC) Accelerator, Class of 2021. ARC (formerly SUCCESS) is now on to it’s second cohort of university-based ventures seeking to change the world through their innovative, creative and disruptive ideas. 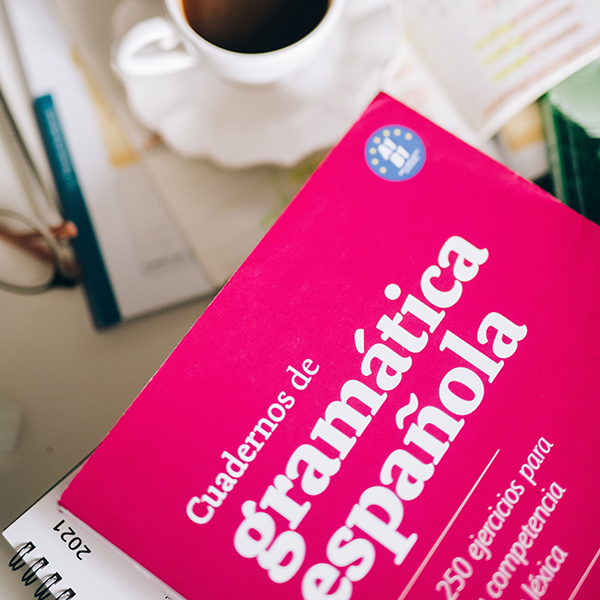 Q: What’s your background and how did it lead to your venture?

So I’m not actually an academic, I’m a professional services member of staff at Cardiff University and I’ve developed research and innovation alongside my core role and as part of the MFL Mentoring team, led by Professor Claire Gorrara. I’ve always had a lot of interest in research and motivational practices, particularly where languages are concerned. As someone who grew up in Wales our bilingualism has always fascinated me, not least because I never fully grasped it as a child! In my academic and professional life this bilingual interest has translated into advocacy for multilingualism; a commitment to celebrating the diversity of languages that are everywhere and relevant to everyone.

I joined the MFL Student Mentoring project in 2017, which was in its third year at the time, funded by Welsh Government. The mission of the project is to tackle the 20 year decline in the number of young people that are studying a language at school in Wales, primarily at GCSE level by changing attitudes to languages and developing intrinsic motivation in young learners. In other words, getting them to understand the ‘So what?!’ for languages!

It’s a collaboration between five Welsh universities, led by us in Cardiff. We recruit undergraduate and postgraduate students from those universities and link them up with secondary schools in their local area to inspire young people to think about how languages are important to them and to the wider world. We challenge them to see and contemplate languages as part of their lives in the short and long-term.

One of the big problems that we have for languages is that young people don’t connect with them and they don’t see why languages are relevant. Young people generally start formally learning languages at age 11/12 in their secondary school language lessons. They begin by having to converse in very transactional and functional ways; how to say their name, their age and that can feel very irrelevant, confusing, and demotivating at age 11, particularly when you don’t see why it matters to you!

Q: How does your venture tackle this issue?

The mentoring project trains selected  mentors to work with young people aged 12-14  to think through the different challenges that surround languages – e.g. “languages are too difficult, languages are boring, everyone speaks English” – and to challenge them to see and consider languages as part of their everyday lives and personal and global identities. This is done through a six-session programme oriented around six themes and targeted at learners who are not convinced that languages are for them. Following the programme, 40-50% of mentees choose a GCSE language – this uptake rate speaks for the power of the relationship built up between the mentor and their mentees. This rate is all the more powerful considering that mentees are chosen based on their initial relative disinterest towards languages.

“The scheme is not about improving language and teaching or ability in a language. It’s about improving their understanding of the context for languages – how languages intersect with identity, performativity, translation and with who they are.”

We’re looking at what kind of people these young people aspire to be in really humanistic terms, as opposed to the transactional and careers-based models of “I want to be a teacher”, or “I want to be a translator” – that will come later once young people understand why languages should matter to them. That’s the vision and the mission of the project.

Q: How is the ARC Accelerator program supporting you in bringing your venture to life?

Over time, it’s become really clear that there’s a lot of interest in our unique mentoring methodology which really focuses on learner-led approaches to increasing motivation for the subject of languages. A lot of education initiatives place big emphasis on improving attainment. However, that’s not my measurement. My measurement is “do the pupils look at the world, themselves and languages differently at the end of this intervention?” That behaviour and mindset change is much more powerful and longer lasting in terms of language choices and attitudes.These changes create life-long learners of languages.

So ARC has definitely given me insight into different ways to look at what we’re doing. I’ve enjoyed exploring the different setups for companies and social enterprises and considering what might best fit us. It’s also been very insightful to meet other university colleagues and to learn from their models, both in terms of opportunities and challenges. Currently, we’re in the market validation stage of ARC and it’s been really reassuring to see the interest and enthusiasm for our model.  But the need to find, quite quickly, a more adaptable and sustainable business model to make it work for wider groups that want to adopt this way of looking at education and changing mindsets remains quite clear, and I’m excited to see how ARC can help us achieve this.