In July 2020, a new Aspect funded project was launched, on the commercialisation of educational games produced within the world of social sciences. The initiative is led by Manchester University, with Nottingham Trent, Bristol, and Glasgow as partners. The aim is to increase understanding and experience in finding pathways to marketing games, ultimately enabling universities to tap into what is, at present, an under-used reservoir of potential.

In this article, Gavin Davies – Project Officer at the University of Manchester – explains the background to the project and outlines its current activity and plans.

Categories:
Blog, Board Games, Research Commercialisation and The University of Manchester 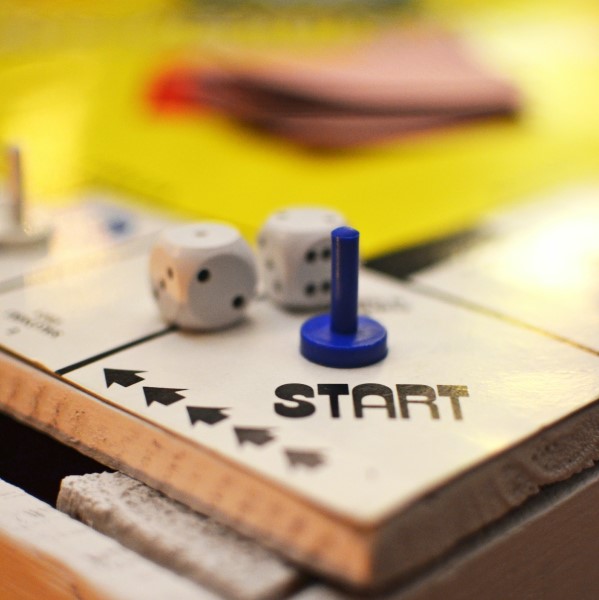 Many researchers in social sciences are already producing successful, engaging resources for game-based learning, but hit a roadblock when it comes to the challenge of disseminating their product beyond their own institution and generating income. This project is geared towards addressing this.

The project will have two phases. During the first stage, the commercialisation process of two existing games (Brave New World developed by Manchester and Nottingham Trent Universityand Legally Wed produced by Glasgow) will be pursued. This journey will provide case studies and a knowledge base, which will feed into the Ed Tech Games Hub which will be launched in phase two of the project, in spring 2021. So far, invaluable learning has already been gathered in respect of legal considerations around intellectual property, ethics in the supply chain and logistics.

Phase one aims to commercialise two existing games as instructive case studies for a joint platform and mechanism that supports academic game-makers by connecting them to key industry partners. In doing so, the platform, or Hub, will provide practical resources and support currently lacking for academics with games, e.g., guidance on good practice and a forum to exchange ideas and inspire creativity beneficial to the national and international games industry.

Brave New World aims to enable players to get inside debates around law, human rights, and society, through immersive games and narratives. The purpose is to confront real and difficult issues, particularly around clashing rights, but in a setting, which is liberating, engaging and enjoyable. As academic lawyers, the designers (Javier García Oliva, Helen Hall, and Tom Lewis, at Manchester and Nottingham Trent University, respectively) wanted to encourage discussion which might lead to positive responses to contemporary societal challenges. By allowing participants to step into a story and another world (fantasy or historical) and the character of someone whose perspective might be radically different from their own, this game frees people to engage with human rights questions from new angles and facilitates empathy with others. It does not impose solutions or a “correct” approach but encourages creative responses.

Brave New World tacitly asks: ‘What is your blueprint for a just society?’. Players are offered choices from a series of laws which they may enact, and later in the game might voice their opinion in interpreting rules.   But their initial decisions are made before they are aware of the identity of their character, whether they are male/female, from an oppressed minority or have strong religious convictions; how the consequences of their choices play out will depend upon the characteristics they have been allocated, the decisions and responses of other players and luck in rolling dice. If a player is aggrieved enough by the current regime, he or she may instigate a revolution, but just like in real life, this can prove a risky option.

Legally Wed is a board game developed to support the public’s understanding of the legal consequences of marriage. Jane Mair and Frankie McCarthy from the University of Glasgow have drawn on their research in Family Law and the personal wedding stories of family and friends to create the game’s tasks and challenges, which mirror real-life wedding mishaps on the way to the big day. Jane Mair, who is also Head of the School of Law, said: “Around 30,000 wedding ceremonies took place in Scotland last year, and with the advent of same sex marriage and legal recognition given to humanist wedding ceremonies, the choice to get married is open to a greater number of couples than ever before. However, the legal consequences of marriage – and the legal differences between marriage and long-term cohabitation – are poorly understood. Our research has explored how the law regulating marriage, divorce and cohabitation is applied in practice by the courts, solicitors and other legal practitioners in Scotland”.

Phase one has taught us that tangible interest in collaborating with academics exists with industry partners. During COVID-19, it has also exposed the overwhelming demand for boardgames that do more than simply entertain. As schools face greater disruption, games are uniquely placed to restore the agency in education lost over the course of the pandemic. Moreover, phase one has revealed the need for adaptability in confronting issues relevant to working remotely on media as convivial as boardgames.

The experience gained during phase one will serve as valuable case studies informing the resources developed in phase two. Phase two, which will focus primarily on the Hub, aims to produce a pipeline and overview of Aspect members and other interested universities of available games, and needs. It will establish a business plan outlining how to further develop and scale the Hub, in addition to a legal structure facilitating support. In the immediate future, the project will explore digital options that offer lower ongoing costs and wider distribution.