LSE Research and Innovation chatted to David Willetts about Aspect and some of the issues surrounding commercialising social science.

The Rt Hon. Lord David Willetts is a visiting professor in the Faculty of Social Science and Public Policy at King’s College London, and President of the Resolution Foundation, an independent think-tank focused on improving the living standards of those on low to middle incomes. Willetts was the Minister for Universities and Science from 2010 until 2014.

Categories:
Interview, Research Commercialisation and The London School of Economics and Political Science 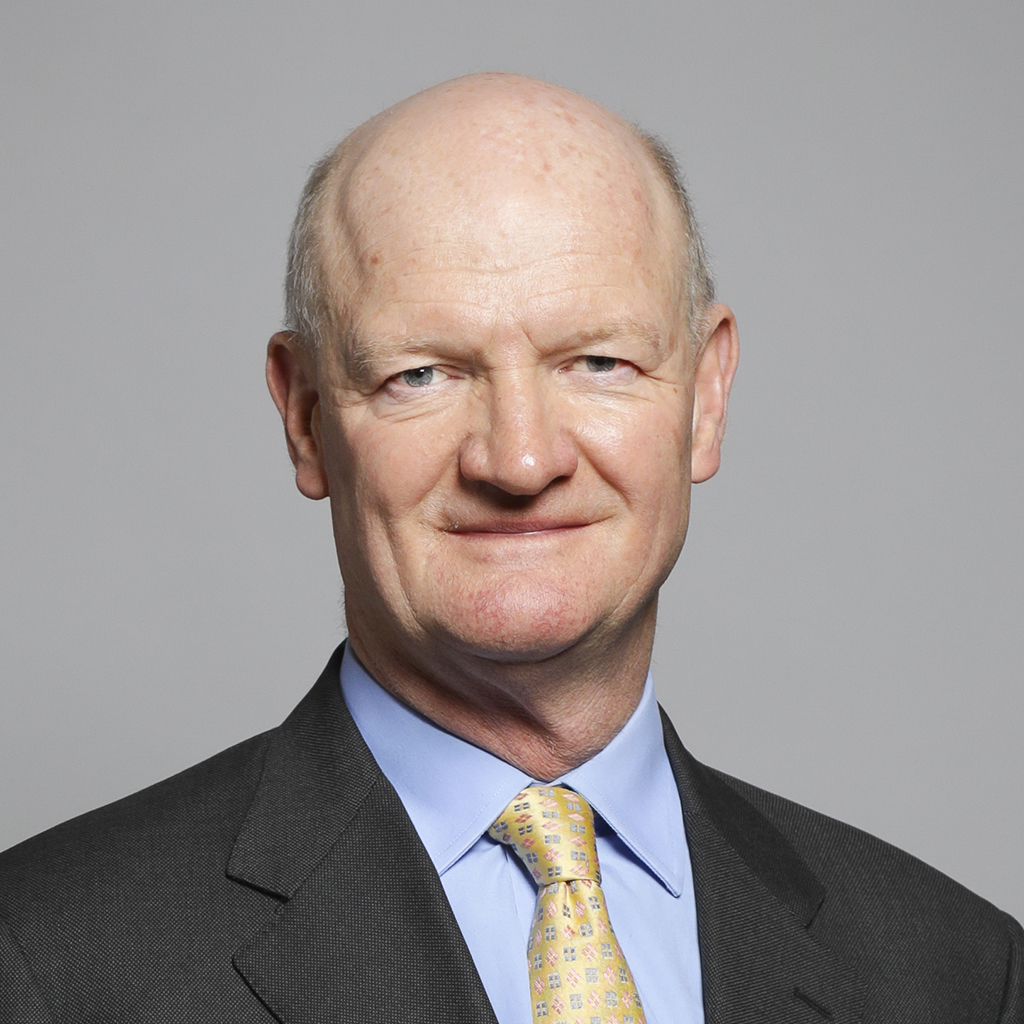 LSE R&I: LSE is the lead institution in ASPECT, a consortium of universities looking for commercial opportunities in social science. Social science has generally been left out of discussions about innovation and R&D. Do you think that is an oversight?

DW: Yes it is an oversight. Because people do associate commercial value with physical sciences, with life science, and not with social sciences. But understanding human behaviour and how society works is not only of great public value, but on occasion, it can also generate commercial value as well. There are commercial benefits in knowing how people interact with digital devices, and how people function in organisations. So yes, I think, it reflects the deeper failure to understand the value of social science.

There are some reductionists who think that all value is in physical and life sciences, but I don’t think that’s the case among the key ministers who have been involved in this, and it is certainly not the case in UKRI where I serve on the Board.

LSE R&I: There seems to be a general recognition that investment is increasingly in building intangible capital, rather than in physical plant and mechanical technology. Intangible capital is things like networks and brands and human and social capital, and seems to be quite closely associated with social science. Do you think that this creates new opportunities for commercialising social science, and are there any obvious barriers that need to be removed?

DW: Yes, this does create opportunities for social sciences. There are positives and there are negatives. The positive is for example there has been a very interesting exercise surveying Whitehall departments about the problems that they would like research on to help them in their areas. They have identified about eight hundred questions where they would really like more information and more research. Six hundred of them involve social science. They involve understanding institutions, understanding incentives, they involve all that intangible stuff about human behaviour, and clearly it matters for public policy.

The problem with intangibles is often with identifying whether there is an asset, and who owns it and why. One of the fraught issues in commercialisation is the balance between the individual creator and the institution within which they operate. You can manage okay when it’s research generated using kit in a lab, but what if it’s software that an academic has written partly in their own time, and perhaps only indirectly connected to their teaching or research. That’s not quite the same as a new product, physically tested in a lab, using university equipment. Because intangibles can derive from intellectual activity at any time in any place, it is more complicated to attribute ownership and intellectual property rights.

LSE R&I: Over the last twenty years there have been a series of government reports from Lambert to Sainsbury to Dowling which talked about the problem of low R&D spending within business. Now, you could say that even what R&D does take place within the business community tends to focus on those things that are highly protectable like IP, and not the intangibles. Is that something that can be tackled?

DW: Well yes, the problem with intangible investment, as Westlake and Haskel have shown, is that we have not been very good at measuring it. In fact firms are investing more and more in intangibles, but because it is not the kind of investment we traditionally recognise, we don’t always see it in the figures. We tend to treat it in accounting terms as part of the cost of doing business, rather than actually creating new assets. The problem from the research commercialisation point of view is that if there is no obvious asset that is being created, it can make it very difficult to finance. And even when we do recognise the new assets, they are often sunk costs that are very particular to the firm, and so do not provide the same kind of certainty to investors as tangible assets that you can sell to someone else when things don’t go the way you hoped.

I do think that universities trying very aggressively to pin down their IP and cling onto as big a share of equity as possible is not always helpful to innovation. We need an informal understanding of mutual obligations instead. If someone starts out from MIT and becomes a billionaire, then they do give some of it back, but MIT don’t try to pin it all down in IP contracts to try and get it all legally defined at the outset.

LSE R&I: I think the attitude that we’re taking at LSE is really not to try and argue with academics about who owns the intellectual property, we are much more concerned with getting it out there. But then there is still a problem when investors come in, when you need to show that somebody owns it, and that it can be protected.

DW: Well yes indeed, and I think that LSE is taking the right approach. But you are right: when it comes to some of these more intangible investments, there is quite a lot of uncertainty around intellectual property rights, and that can end up with the worst of both worlds, because on the one hand investors can’t be sure that they can protect the ideas, which may make them reluctant to invest, and on the other hand they can’t be sure that the ideas are in the public domain, and free for them to use, so the ideas might end up not being used at all.

LSE R&I: University research culture is based on openness and knowledge sharing, while commercialisation of intellectual property is often about protecting knowledge and sometimes taking great care not to disclose it. Is it possible for those two kinds of ethos to exist side by side in the same institution, and indeed often in the same person? Academics often tell us that it makes them uncomfortable, and it is difficult for us to know if we should be pressuring them to be less open. There are some people who say well a University shouldn’t be doing the commercialising at all. They should just have the ideas and give them to others to do the commercialising. What is the efficient way to manage that transition from open to proprietary?

DW: I remember a conversation with one academic, who was describing something that he was doing, and I asked him, is this something you are going to throw out into the world for open access, or is this your private pension scheme, to which he said, rather ambiguously, “yes”.

I personally think that in academia, the individual incentive structure is by and large to publish publicly without worrying about defining new IP. The research contract is that usually you put your ideas out and get rewarded by recognition, promotion and status.

There are some universities now that will do a check through to see if there is any really important IP before something is published. I don’t know if that is necessary in social science, I am not necessarily recommending it to LSE, but that is one way in which universities can operate.

LSE R&I: If we are going to be generous with our IP, how should we be otherwise rewarded for generating the IP? The Knowledge Exchange Framework is intended to reward generating IP, and might actually incentivize universities to create more spinouts not fewer and more patents not fewer, and so there might be some perverse incentives. But do you have a sense of what government could be doing to make sure that there’s the right set of incentives for universities?

DW: There are lots of other rewards and incentives, and other ways universities contribute to innovation. That’s why I do think universities should not be obsessed with obtaining their ownership of all the IP.

The university is the centre of the innovation system, and LSE is at the heart of an incredibly lively cluster for thinking about social policy and social science and public policy and economics. There are great roles for individuals; there is the prestige from publication; there’s the flow of people coming to study under you; there’s winning research grants. So there are lots of other ways in which value is captured and putting your university at the heart of a lively innovation system is a very significant reward in itself, to the individual and the institution. So I suppose my real message is that yes there is tremendous value in social science, but that value doesn’t all need to be captured by the institution through itself owning IP.

LSE R&I: I think at LSE we are very keenly in agreement with that. However, I think that although we do create a lot of value that is realised in public policy, there is a sense that we generate a lot of ideas that could be of commercial value, and that aren’t really being fully exploited. For example one might say that there are some new corporate giants that could be seen as social science businesses, but have been created and grown by computer scientists, and that if they had had a bit more social science input, then both they and society could have benefited. So we are interested in what we can do to encourage businesses to invest more in social science. We are not trying to capture a greater share of value, so much as to prove that it is there, and that it can be captured. And if nobody else is going to do it, then maybe we had better do it ourselves.

DW: I am tremendously pleased to learn about Aspect and will be keeping an eye on your progress. It has the potential to propagate new value from the social sciences into the economy and broader society and make an important contribution to the debate about the value of universities more broadly.

LSE R&I: Thank you very much for talking to us.